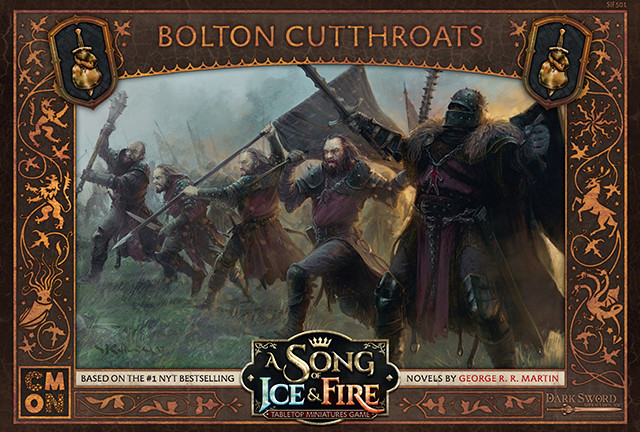 The Cutthroats of House Bolton have a reputation that follows them onto the battlefield and drives fear into the hearts of those they face. They may not be the best armed or armoured soldiers, but their willingness to fight hard and fight dirty has won them many a battle.

The A Song of Ice and Fire: Tabletop Miniatures Game Bolton Cutthroats unit box comes with everything needed to add these sneaky troops to your army, including 12 Bolton Cutthroats miniatures in four different sculpts, one Dreadfort Captain Unit Attachment figure, a Movement Tray, and all the associated Unit cards. These warriors are mercenaries with no loyalty to any House, so no matter what army your fielding, they’ll join your ranks… for a price!