American Indian Tribes of the Southwest 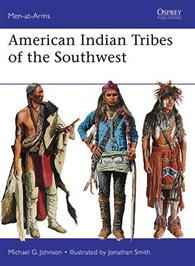 American Indian Tribes of the Southwest

This focuses on the history, costume, and material culture of the native peoples of North America. It was in the Southwest – modern Arizona, New Mexico, and parts of California and other neighboring states – that the first major clashes took place between 16th-century Spanish conquistadors and the indigenous peoples of North America. This history of contact, conflict, and coexistence with first the Spanish, then their Mexican settlers, and finally the Americans, gives a special flavor to the region. Despite nearly 500 years of white settlement and pressure, the traditional cultures of the peoples of the Southwest survive today more strongly than in any other region. The best-known clashes between the whites and the Indians of this region are the series of Apache wars, particularly between the early 1860s and the late 1880s. However, there were other important regional campaigns over the centuries – for example, Coronado’s battle against the Zuni at Hawikuh in 1540, during his search for the legendary “Seven Cities of Cibola”; the Pueblo Revolt of 1680; and the Taos Revolt of 1847 – and warriors of all of these are described and illustrated in this book.