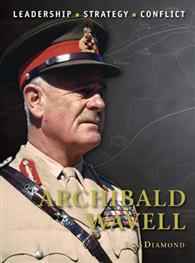 Archibald Wavell remains one of the great Allied commanders of the early phases of World War II. In fact, between June 1940 and June 1941, he was the only British theatre commander actively engaging Axis forces. At a time when the British Expeditionary Force had been expelled from Europe, Wavell was conducting campaigns across nine countries and two continents. In those 12 months, he planned and directly oversaw a multitude of campaigns, from the hugely successful winter campaigns against the Italians in the Western Desert and the conquest of Italian East Africa, through the Iraqi revolt, the invasion of Vichy Syria and Lebanon and the ill-fated British involvement in Greece, to the unsuccessful attempts to break the siege of Tobruk that led to his replacement in June 1941.  While Wavell’s great victories are often overshadowed by those of other commanders later in the war, this should not detract from his proven abilities as a strategist and tactician. This book tells the complete story of Wavell’s wartime exploits and examines his strengths and weaknesses as a commander.