Argentine Forces in the Falklands 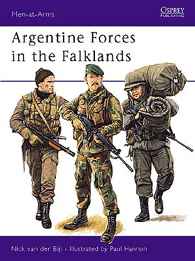 Argentine Forces in the Falklands

The announcement of the imminent withdrawal of the British Royal Navy’s ice patrol ship HMS Endurance in early 1982 prompted the Argentinian Junta in Buenos Aires to plan a military grab of the Falklands-a siege they assumed would succeed with little resistance. Such an adventure was attractive as a distraction for the Argentine public at a time of political unease. In April the Junta, led by Gen. Leopoldo Galtieri, made its move. This fascinating book examines the history, organization and equipment of the Argentine forces that battled for control of this remote British outpost.