Armies of the Crusades 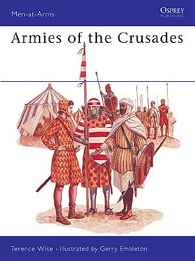 Armies of the Crusades

In the early crusades men of all ranks from all over Europe took the cross and went to fight Islam as volunteers. Some went out of religious fervour, others to escape the plagues and famine which were rife at the time, still others in search of land or a fortune in loot. Fighting alongside all of these were the armies raised in Outremer, the Holy Land itself. Together they waged a bloody religious war, the participants of which included such forces as the Knights Templar, the Teutonic Knights, and the Byzantine Army.