Battle for the Falklands (1): Land Forces 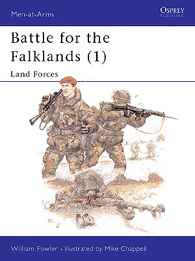 Battle for the Falklands (1): Land Forces

On the night of 1-2 April 1982, the Argentinian Junta led by Gen. Leopoldo Galtieri made its move against the Falkland Islands. On 3 April British Prime Minister Mrs. Margaret Thatcher faced an appalled and furious House of Commons to announce that Argentine armed forces had landed on British sovereign territory; had captured the men of Royal Marine detachment NP8901; had run up the Argentine flag at Government House; and had declared the islands and their population to be Argentine. This absorbing text by William Fowler details the land forces that contested the Falklands War.