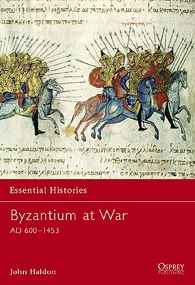 Byzantium survived for 800 years, yet its dominions and power fluctuated dramatically during that time. John Haldon tells the story from the days when the Empire was barely clinging on to survival, to the age when its fabulous wealth attracted Viking mercenaries and Asian nomad warriors to its armies, their very appearance on the field enough to bring enemies to terms. In 1453 the last emperor of Byzantium, Constantine XII, died fighting on the ramparts, bringing to a romantic end the glorious history of this legendary empire.