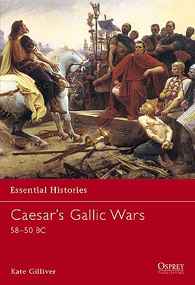 Julius Caesar was one of the most ambitious and successful politicians of the late Roman Republic and his short but bloody conquest of the Celtic tribes led to the establishment of the Roman province of Gaul (modern France). Caesar’s commentaries on his Gallic Wars provide us with the most detailed surviving eye-witness account of a campaign from antiquity. Kate Gilliver makes use of this account and other surviving evidence to consider the importance of the Gallic Wars in the context of the collapse of the Roman Republic and its slide toward civil war.