Catan: Rise of the Incas 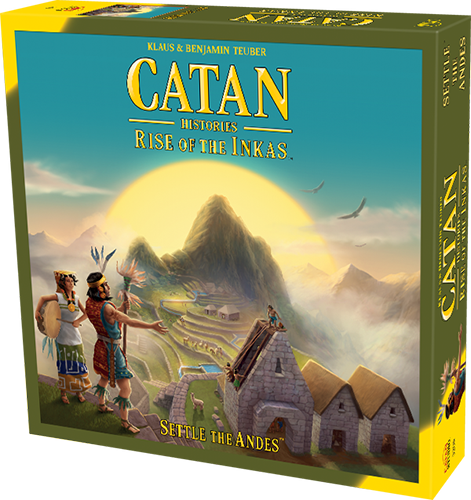 Catan: Rise of the Incas

Settle, act, build — the basic Catan elements are all there in Catan Histories: Rise of the Inkas, but this game includes an innovative displacement mechanism that opens up new possibilities for players and confronts them with new game situations that will require tactical adjustments. Nature can reclaim settlements already built, allowing another player the chance to build their own settlement on a coveted site. Fish, cocoa, and feathers enrich the barter trade.

Detailed figures and colorful illustrations are used in the game to spread the atmosphere of South American culture as you relive the rise and fall of one of the continent’s most impressive cultures.