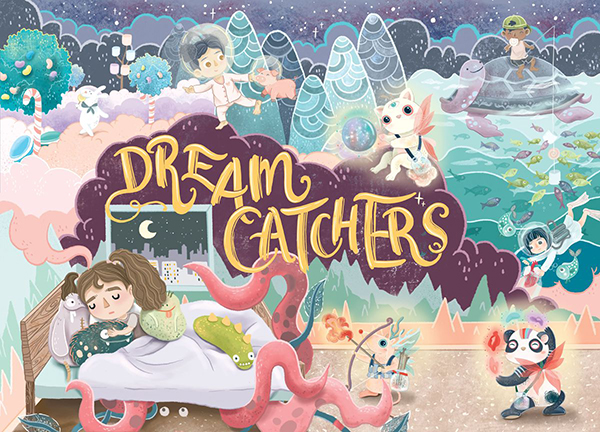 Dream Catchers is a cooperative casual game for 2 to 4 players. Players are dream catchers who visits children in their sleep to collect sweet dreams and remove nightmares to help them sleep tight for the night.

Play power cards to catch a sweet dream for the sleeping child or remove a nightmare to prevent them from attacking the poor kid. Players may trade cards with each other to help in their task.
Monsters appear throughout the night to attack the dream catchers and dreamer. If three monsters are hiding under the bed, they wake the child up and the game is lost!

Collect the required power cards and catch the nasty monsters. However some monsters are cunning and may escape if you lose the die roll!
At the end of each player’s turn, time passes and dawn draws near. Help the child get a good sleep before the night is over and do it before the monsters wake the dreamer to win the game!