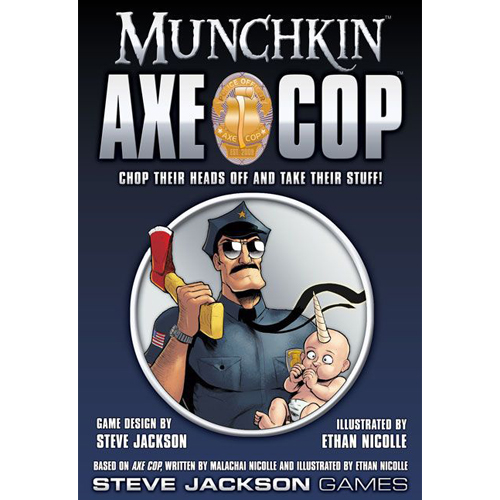 Munchkin Axe Cop is a simple, lightweight multiplayer “take that” style card game. Cards represent character abilities, items, monsters to fight, and cards to make monsters harder to defeat (for monsters other players are fighting) or easier to defeat (for you). Every time you defeat a monster, you go up a level. The first player to level 10 wins.

This is a core set for Steve Jackson’s Munchkin game, based on the hit webcomic by Ethan Nicolle (age 29) and his brother Malachai (age 6). It can be combined with other games in the series.

The game doesn’t have any new mechanics and should be easy to learn for anyone who’s played one of the other Munchkin games.