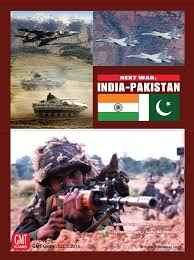 The ink was hardly dry on the documents following the partition of British India in 1947 before war broke out between India and Pakistan. Since the partition, four major wars and numerous smaller conflicts have been waged over much of the same ground. In 1947, 1965, 1971, and 1999 India and Pakistan fought in the mountains of Kashmir and on the plains of the Punjab region to the south. Today, both sides are armed with thousands of armored vehicles, hundreds of advanced aircraft, and dozens of nuclear weapons. With tensions high and both sides heavily armed, another conflict may be just a matter of time.