Pathfinder Second Edition: The Fall of the Plaguestone 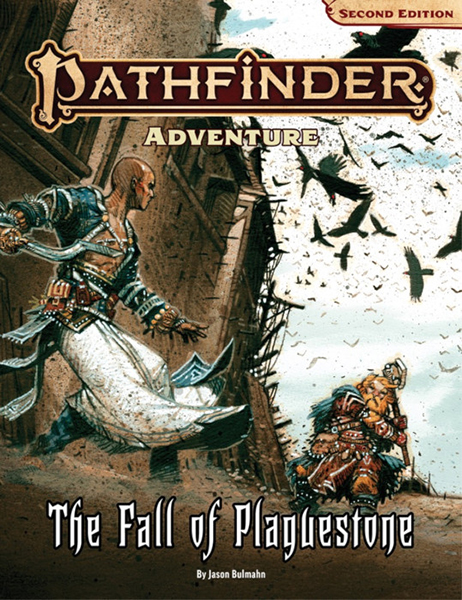 Pathfinder Second Edition: The Fall of the Plaguestone

A group of new adventurers, traveling through the small community of Plaguestone, must come together to solve the murder of a friend. What starts as simple investigation quickly turns sinister with the discovery of forbidden alchemy, mutant animals, and a nearby forest rotting away due to a mysterious blight. It becomes clear that if these young heroes don’t get to the heart of the plot, then the fall of Plaguestone is all but certain!

The Fall of Plaguestone is the first Second Edition Pathfinder roleplaying game standalone adventure written by Paizo Director of Game Design Jason Bulmahn, taking new players and Game Masters on a daring adventure filled with wilderness exploration, dungeon encounters, and much more! This 64-page softcover adventure is designed for 1st-level characters, built using the rules in the Pathfinder Core Rulebook, facing off against monsters found in the Pathfinder Bestiary.