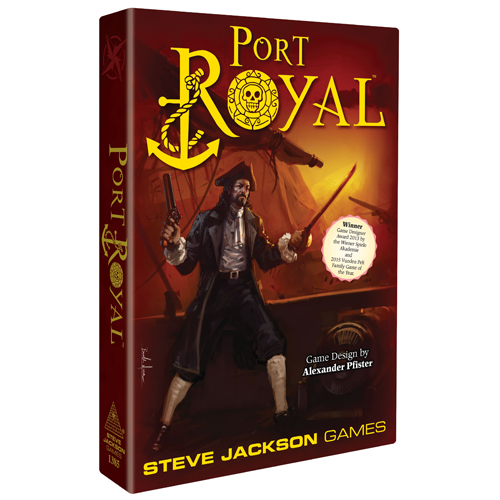 Players vie to hire the best Admirals, Sailors, Traders, and Mademoiselles to expand and fortify their vast shipping empires! On your turn, you’ll push your luck to amass the most wealth or to hire the best characters – but if you push it too far, you get nothing, so be wary.

Gamers have loved Port Royal since the game’s European release. It won the Wiener Spiele Akademie Game Designer Award for 2013, and in 2015 became the Vuoden Peli Family Game of the Year.