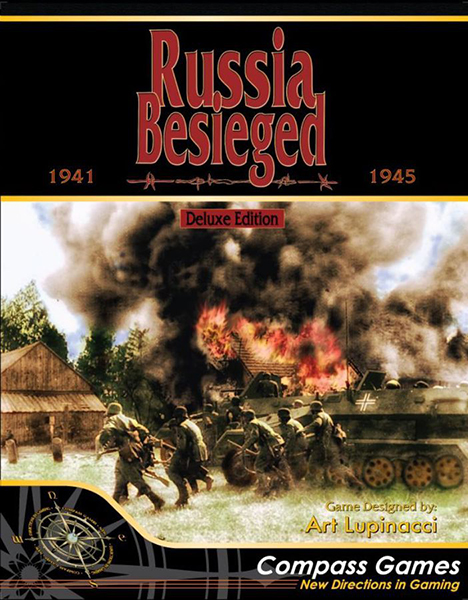 The time is June 22nd, 1941. Over 3 million German troops are poised on the Russian border preparing to launch Operation Barbarossa! What was supposed to be a quick campaign ended up marking the beginning of the end of Nazi Germany.

Russia Besieged is a multi-layered game experience that includes not only pushing counters on the map, players must also take into account their side’s War Economy. The Russian player must deal with production of troops and oil to rebuild depleted forces while the German is on a constant struggle with replacement points to rebuild a proper mix of units to defeat the Red Horde!

Can you do better than the historical counterparts? Play the game and challenge yourself!