Home > Products > Role Playing > Starfinder > Attack of the Swarm! 1 of 6: Fate of the Fifth 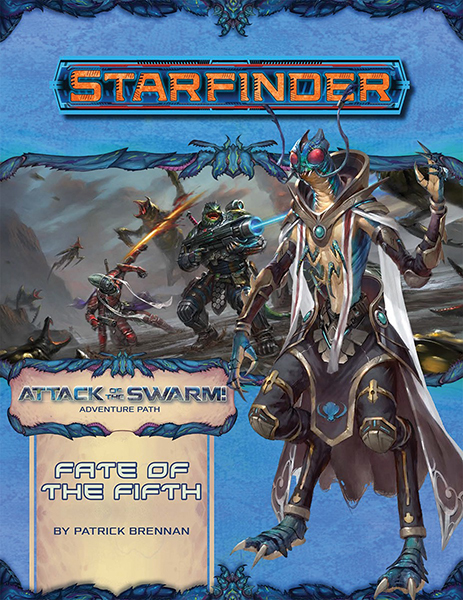 As the ever-ravenous threat of the insectile Swarm surges across another system in the Vast, the heroes are part of the defense effort. They must fight back against waves of foes and rescue civilians, including a shirren priest of Hylax whose temple seems to be of particular interest to the invaders. By relying on their wits—and each other—the heroes just might survive the Swarm onslaught.