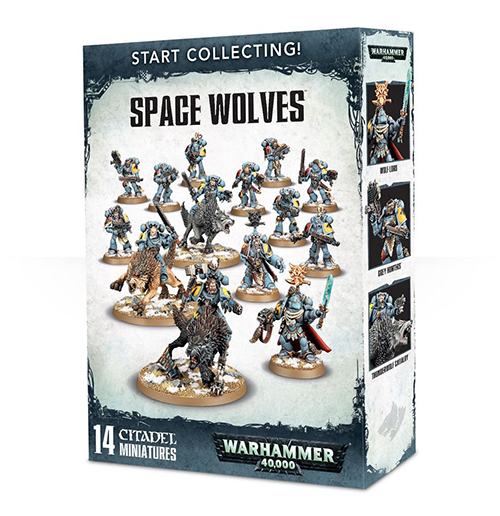 Forged from a race of ferocious warriors raised on the death world of Fenris, the Space Wolves are furious, savage adversaries -the perfect fusion of raw might and technological supremacy, fighting with blade, claw and boltgun against the horrific armies that threaten to consume mankind.

This is a great-value box set that gives you an immediate collection of fantastic Space Wolves miniatures, which you can assemble and use right away in games of Warhammer 40,000! You’ll receive three Thunderwolves, a Space Wolves Wolf Lord and a ten-man Space Wolves Pack.