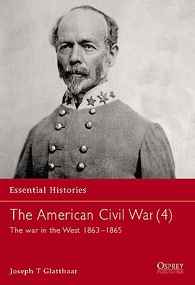 Union military forces suffered momentary defeat followed by sustained success in the Western Theater during the second half of the American Civil War. Following the Union’s defeat at Chickamauga, Ulysses S. Grant took command at Chattanooga and orchestrated a striking victory which paved the way for a Union advance against Atlanta, a confederate city second in importance only to Richmond. This book traces the events that surrounded the capture of Atlanta, followed by Sherman’s famous campaign of destruction through the southern interior which culminated in April 1865 with the surrender of the last major Confederate field army at Durham Station, North Carolina.