The Arab-Israeli Conflict: The Palestine War 1948 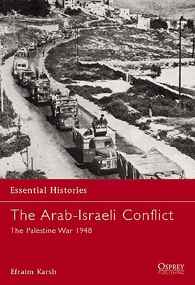 The Arab-Israeli Conflict: The Palestine War 1948

The Palestine War has been by far the most important military encounter in the history of the Arab-Israeli conflict. This book examines the origins of the war and its progression through two distinct stages: the guerrilla warfare between the Arab and Jewish communities of Mandatory Palestine, and the conventional inter-state war between the State of Israel and the invading Arab armies. In doing so it assesses the participants, their war aims, strategies and combat performance. Finally, it examines the reasons for Israel’s success in the face of seemingly impossible odds and for the failure of the Arab nations to turn their military and numerical superiority into victory on the ground.