The British Army since 2000 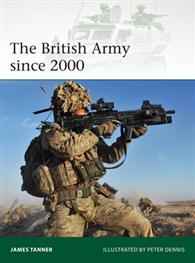 The British Army since 2000

In the past decade and a half the unique requirements of dual wars in Iraq and Afghanistan have radically altered the appearance and capabilities of the British Army’s infantry soldiers. Gone are the tactics uniforms and equipment of the Cold War, replaced by an elite fighting force, skilled in counterinsurgency operations and warfare in both urban and rural environments. Fully illustrated and written by an insider, this engaging book traces the major transformations in British Army doctrine, organisation, structures, units, uniforms and equipment, from the end of the Cold War in the 1990s up to today, revealing how despite being a small force in global terms, the British Army continues to be able to punch above its weight.