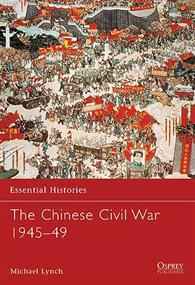 Out of the ashes of Imperial China arose two new contenders to lead a reformed nation; the Chinese Nationalist Party, the Kuomintang, and the Chinese Communist Party. In 1927, the inevitable clash between these two political parties led to a bitter civil war that would last for 23 years, through World War II and into the Cold War period. The brutal struggle finally concluded when Communist forces captured Nanjing, capital of the Nationalist Republic of China, irrevocably altering the course of China’s future. Dr Michael Lynch sheds light on this cruel civil war that ultimately led to the establishment of the People’s Republic of China.