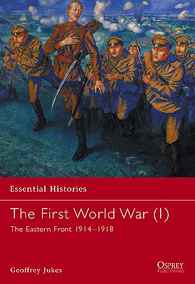 This book unravels the complicated and tragic events of the Eastern Front in the First World War. The author details Russia’s sudden attack on German forces, despite her inadequate resources. A crushing defeat at Tannenberg was followed by Germany inflicting humiliation after humiliation on desperate Russian troops. For a while, those forces led by General Brusilov and facing Austria-Hungary fared better, but in the end this front too collapsed. Morale plummeted, the army began to disintegrate, and the Tsar was forced to abdicate – paving the way for the Bolshevik seizure of power in 1917.