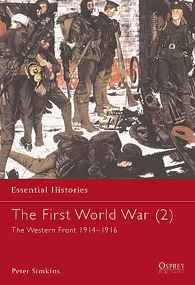 More than 80 years on, the Great War – and particularly the great battles such as the Somme and Verdun – continues to fascinate us and to cast long shadows over the world in which we live. For Britain, the effort and sacrifice involved in creating and sustaining its first-ever and biggest-ever mass citizen army, and in helping to defeat the main enemy in the decisive theatre of operations, left deep emotional and psychological scars that have influenced much of the nation’s subsequent history and that are still felt today. In this volume Peter Simkins re-examines the struggle and sheds an interesting new light on the nature, course and effects of the fighting in France and Belgium from 1914 to 1916.