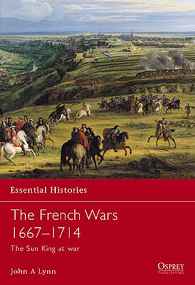 Campaigns fought by Louis XIV, the Sun King, shaped the borders of European states, the destinies of royal dynasties, and even the patterns of absolutist government. This book presents the most authoritative yet accessible and succinct account of these all-important struggles available today, covering every aspect of the wars from decisions made by the king at his palace at Versailles to the life of the troops encamped in the field. Focusing on the French army, the greatest military force of the age, this tale of violence, victory, and victims balances siege and battle in a way that tells us much that is new about the Sun King and his adversaries.