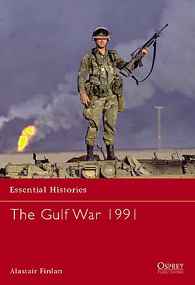 The Gulf War of 1991 heralded a new type of warfare that was characterised by astonishing speed and high technology with remarkably low numbers of casualties amongst the coalition forces. Just under a million coalition personnel were deployed to the Gulf region to face a variety of threats from extreme temperatures to weapons of mass destruction (biological, chemical and suspected nuclear) and a formidable Iraqi occupation force. This book assesses the defensive Operation Desert Shield (the build up of coalition forces) and the offensive Operation Desert Storm (the liberation of Kuwait) as well as the key personalities on both sides.