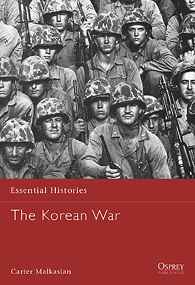 The Korean War was a significant turning point in the Cold War. This book explains how the conflict in a small peninsula in East Asia had a tremendous impact on the entire international system and the balance of power between the two superpowers, America and Russia. Through the conflict, the West demonstrated its resolve to thwart Communist aggression and the armed forces of China, the Soviet Union and the United States came into direct combat for the only time during the Cold War.