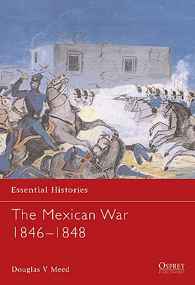 The war with Mexico was the one of the most decisive conflicts in American history. After smashing Mexico’s armies the young republic bestrode the North American continent like a colossus with one leg anchored on the Atlantic seaboard and the other on the Pacific. It was a bitter, hard fought war that raged across Mexico through the northern deserts, the fever-ridden Gulf cities and the balmy haciendas of California. This book covers the full course of the war, ending with General Winfield Scott’s march from the captured port of Vera Cruz to Mexico City, fighting all the way.