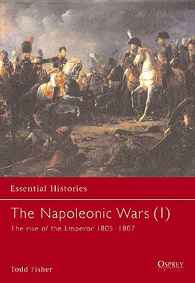 While Napoleon prepared his army, on the coast of France, for an invasion of England that would never come, Russia and Austria prepared to move against his rear. Napoleon turned on the allies and crushed them in one of history’s greatest campaigns. The following year, he met the legendary army of Frederick the Great and annihilated it completely. The year after it was Russia’s turn again, and though the northern winter was the major foe, it could not save the Tsar. The world, and warfare, would never be the same again. The Empires of Russia, Austria, Prussia and Britain were not weak. How had Napoleon done this? Why were his methods, and his army, different?