The Resistance: One Night Revolution

Home > Products > Board Games > By Manufacturer > Indie Board and Cards > The Resistance: One Night Revolution 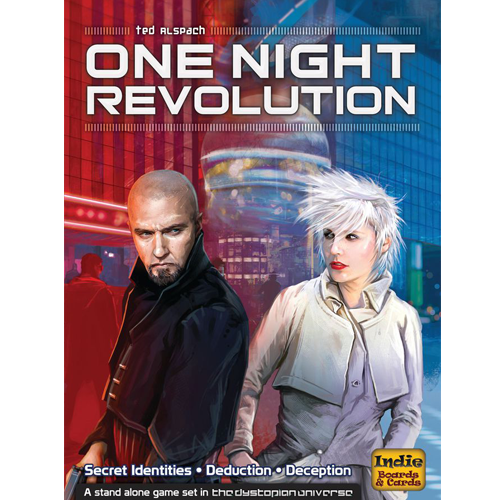 The Resistance: One Night Revolution

One Night Revolution (formerly One Night Resistance) is a super fast game of secret identities for 3 to 10 players that combines all the deductive and chaotically fun elements of the One Night Ultimate Werewolf series with more structured game play. The result is a very addictive game that is easy to learn and will be played over and over again.

Every player starts with a specialist role and an ID (either Government Informant or Rebel Fighter). At night the Informants reveal themselves to one another — assuming any exist, that is, as at all player counts between zero and three Informants are in play — then all players complete their specialist action in a clockwise order (removing the need for a rigid script/app and reducing the potential to accidentally reveal your role). Specialist actions include gathering information, switching roles, and helping players in their attempt to identify the Informant(s) before the day is over. If a majority of players identify an Informant, the Rebels wins — but if the Informant(s) remain hidden, they win!