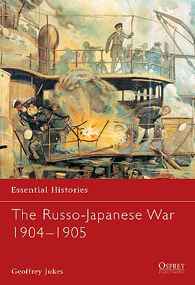 The Russo-Japanese war saw the first defeat of a major European imperialist power by an Asian country. When Japanese and Russian expansionist interests collided over Manchuria and Korea, the Tsar assumed Japan would never dare to fight. However, after years of planning, Japan launched a surprise attack on the Russian Port Arthur, on the Liaoyang Peninsula in 1904 and the war that followed saw Japan win major battles against Russia. This book explains the background and outbreak of the war, then follows the course of the fighting at Yalu River, Sha-ho, and finally Mukden, the largest battle anywhere in the world before the First World War.