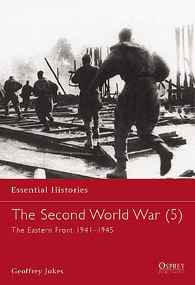 In 1940, fresh from the success in France, Hitler turned his attention to the East. In this volume Geoffrey Jukes explains what led to Hitler’s decision to instigate the invasion of the Soviet Union (Operation Barbarossa) and offers a concise account of the campaign that followed. The Germans expected to conquer Russia in only four months, but at Stalingrad and then Kursk the Russians fought back. At a human cost of 27 million Soviet lives Hitler was forced into a humiliating retreat and Russia emerged from the war as a super power ready to take on the capitalist world.