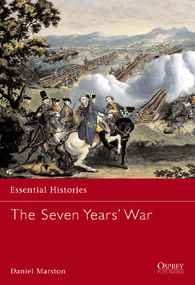 The closest thing to total war before World War One, the Seven Years’ War was fought in North America, Europe, the Caribbean and India with major consequences for all parties involved. This fascinating book is the first to truly review the grand strategies of the combatants and examine the differing styles of warfare used in the many campaigns. These ranged from the large-scale battles and sieges of the European front to the ambush and skirmish tactics used in the forests of North America. Daniel Marston’s engaging narrative is supported by official war papers, personal diaries and memoirs, and official reports.