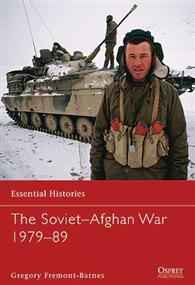 The Soviet invasion of its neighbour Afghanistan in December 1979 sparked a bloody nine-year conflict in that country until Soviet forces withdrew in 1988-89, dooming the communist Afghanistan government to defeat at the hands of the Mujahideen, the Afghan popular resistance backed by the USA and other powers. The Soviet invasion had enormous implications on the global stage; it prompted the US Senate to refuse to ratify the hard-won SALT II arms-limitation treaty, and the USA and 64 other countries boycotted the 1980 Moscow Summer Olympics. For Afghanistan, the invasion served to prolong the interminable civil war that pitted central government against the regions and faction against faction. The country remains locked in conflict over 30 years later, with no end in sight. Featuring specially drawn mapping and drawing upon a wide range of sources, this succinct account explains the origins, history and consequences of the Soviet intervention in Afghanistan, thereby shedding new light on the more recent history – and prospects – of that troubled country.