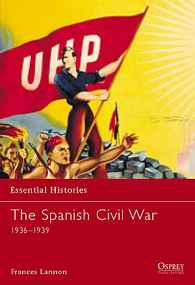 The Spanish Civil War of 1936-39 was of enormous international as well as national significance. In this gripping volume, Frances Lannon explains how this internal conflict between democracy and its enemies escalated to involve Nazi Germany, Fascist Italy, and the Soviet Union. We go behind the scenes to find out the true story of the bitter fighting within the sides, not just between them. The experiences of the men and women caught up in the fighting are highlighted. For them, and for a world on the brink of the Second World War, the stakes were agonisingly high.