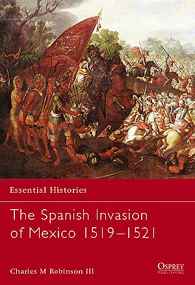 The Spanish conquest of Mexico was the most remarkable military expedition in history, and in achieving it, Hernan Cortes proved himself as one of the greatest generals of all time. This book explains the background of the Aztec Empire and of the Spanish presence in Mexico. It describes the lives of the Aztecs in their glittering capital and of the Europeans who learned to adapt and survive in an alien and often dangerous world. The invasion was a war between civilizations, pitting the fatalism and obsessive ritual of the Aztecs against soldiers fighting for riches, their lives, and eventually their souls.