The Wars of the Barbary Pirates 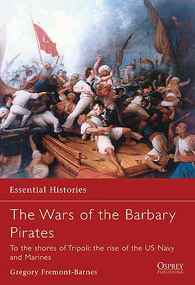 The Wars of the Barbary Pirates

The wars against the Barbary pirates not only signaled the determination of the United States to throw off its tributary status, liberate its citizens from slavery in North Africa, and reassert its right to trade freely upon the seas: they enabled America to regain its sense of national dignity. The wars also served as a catalyst for the development of a navy with which America could project its newly acquired power thousands of miles away. By the time the fighting was over the young republic bore the unmistakable marks of a nation destined to play a major role in international affairs.