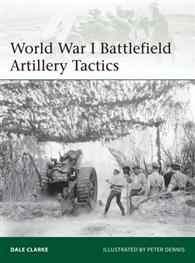 As the First World War bogged down across Europe resulting in the establishment of trench systems, artillery began to grow in military importance. Never before had the use of artillery been so vital, and to this day the ferocity, duration and widespread use of artillery across the trenches of Europe has never been replicated. Featuring specially commissioned full-colour artwork, this groundbreaking study explains and illustrates the enormous advances in the use of artillery that took place between 1914 and 1918, the central part artillery played in World War I and how it was used throughout the war, with particular emphasis on the Western Front.