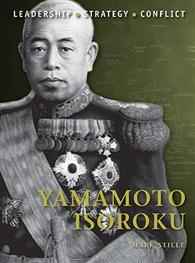 Admiral Yamamoto Isoroku was the defining Japanese naval commander of World War II. Yamamoto’s career in the Imperial Japanese Navy started in the early years of the 20th century and he saw service in the Russo-Japanese War, being wounded in the battle of Tsushima in 1904. He went on to study at Harvard University and serve as a naval attache in the inter-war years, an experience that was to give him a unique insight into the American psyche. Despite the success of his daring pre-emptive strike on Pearl Harbor in 1941, that damaged the US Pacific Fleet and ushered in the Pacific War, Yamamoto’s subsequent handling of the Japanese combined fleet can be called into question. The final campaign commanded by Yamamoto was that around Guadalcanal, where Yamamoto’s myth of excellence will be totally laid bare. Despite a considerable numerical advantage over the Americans, Yamamoto never brought this advantage to bear. The result was a devastating defeat for the Imperial Japanese Navy and, eventually, the death of Yamamoto himself.