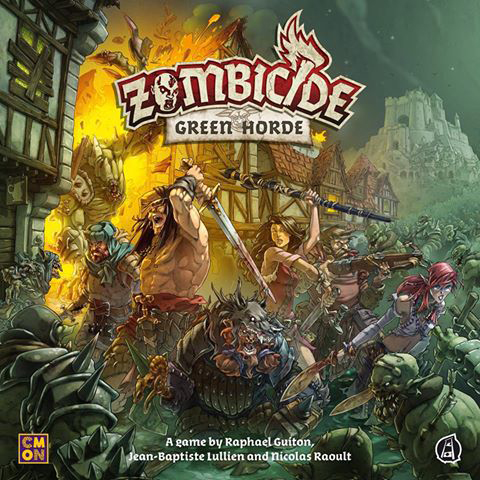 This sequel to the smash hit Zombicide: Black Plague will bring players back into a world of deadly medieval fantasy, this time filled with infected orcs and goblins who will put survivors to the ultimate test. This green menace is not only stronger than their human counterparts, but they also tend to gather into massive hordes that ambush the survivors when they least expect it. Uncover the many surprises the Green Horde has in store for you!